Shahid Kapoor cried four times after watching Telegu film 'Jersey' Shahid Kapoor faced quite some flak over his 'heartless' avatar in Kabir Singh but it looks like the actor isn't heartless after all. The Jab We Met actor revealed... 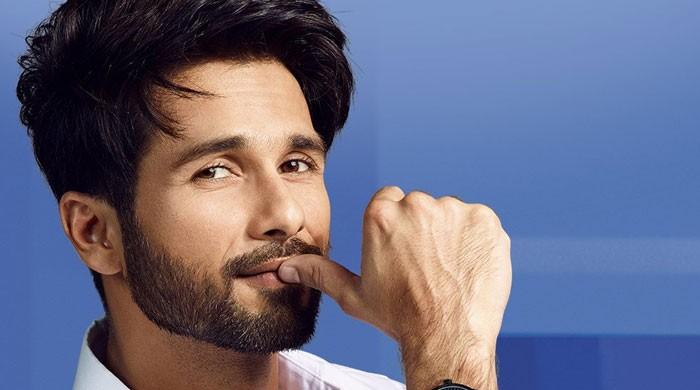 Shahid Kapoor cried four times after watching Telegu film 'Jersey' Shahid Kapoor faced quite some flak over his 'heartless' avatar in Kabir Singh but it looks like the actor isn't heartless after all. The Jab We Met actor revealed in an interview that he had cried four times after he watched Jersey, the Telegu original of his upcoming remake."I never wanted to be part of a remake again (after Kabir Singh). I wanted to do an original film because people might think I am only doing remakes, but when I saw the film (Jersey), it touched my heart,” he said. “Although it is based on cricket, it tells the story of a 36-year-old guy who has a six year old son. He used to play cricket but he quit the game. For certain reasons, at the age of 36, he decides to play cricket again because that's the only thing he knows,” he added. "Personally, I could relate with this story because, too, am 38 years old. Sometimes, I also used to feel that I am not delivering a blockbuster film, so what should I do? Should I try something else? There is a time in everyone's life when we wonder why we are not doing well in life. Then you do something else, or make some kind of compromise,” he went on to add. Speaking about how he could relate to the original film, Shahid said: “Deep down, I feel you should do things you love or feel connected to, whether you get success or not. You should feel satisfaction in heart while doing what you do. That's the message of this film. Actually, I cried four times when I saw the film. This character is not like Kabir Singh at all. He is very quiet and introverted in nature. But his journey is inspiring.”

The City of Regina's executive committee has voted in favour of proposed changes...

Megan Fox and Fox and Machine Gun Kelly are making plans for the future and want...

'Meghan Markle prepared for bombshell royal exit even before...

Meghan Markle was preparing to leave the royal family even before she said her vows...