Selena Gomez makes stunning appearance as she gets swarmed by fans in NYC: WATCH 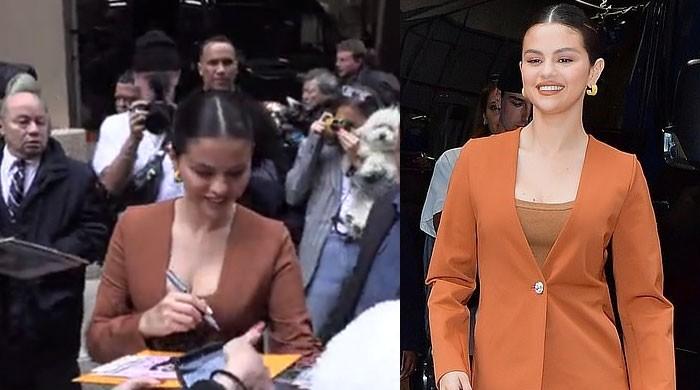 Selena Gomez was mobbed by a crazy group of fans who she greeted outside the Live with Kelly & Ryan sets on Monday.

The Lose You to Love Me songstress made an appearance at the Live with Kelly & Ryan show to promote her newly-released album RARE which she dropped recently.

Selena was swarmed by a plethora of fans waiting eagerly to get an autograph from their favourite artist. The 27-year-old was seen rocking a stunning rust coloured head-to-toe suit.

On the show, Selena talked candidly with Ryan Seacrest and Kelly Ripa about going out in public frequently despite being a celebrity.

“You know, the thing for me is that I don't draw a lot of attention to myself,” explained the singer. "Most of the time, it's more like people are like,"I think that's her?" And then they kind of ignore it."

Selena's album RARE is the follow-up album to Revival she released back in 2015.

Dreamboys performer 'knocked out' as his fireman's pole...

Angelina Jolie once made scandalous remarks about Brad...