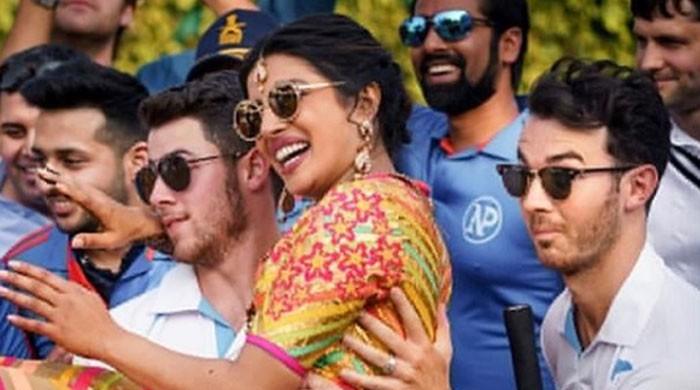 Priyanka Chopra wishes Kevin Jonas happy birthday in a heartfelt postPriyanka Chopra has seemingly wished her brother-in-law Kevin Jonas in a heartfelt post on his 32nd birthday today (Wednesday).The Quantico actor took to Instagram to post an endearing and fun-filled picture wherein she is seen sharing the screen space with Kevin Jonas. Also Read:  Priyanka Chopra reveals the one thing that made her fall in love with Nick JonasThe picture is from Priyanka and Nick Jonas’s mehndi ceremony, where she is seen being lifted up by Nick and supported from the back by Kevin. “To the brother who always has my back! Happy birthday @kevinjonas may this year be the best one yet! Love you loads..” Priyanka wrote alongside the image. Priyanka tied the knot with Nick Jonas in a high-budgeted, lavish wedding in Jodhpur last December.

'Very sad for me': Northern Sask. chief reacts to alleged...

Ananya Pandey calls dad Chunky Pandey Tony Stark aka Iron Man and we do not disagree....

The pressing need to learn from Indigenous elders

Alberta's Court of Appeal has ruled a man convicted of a sexual assault committed...

The Saskatchewan Health Authority has temporarily closed the Rosthern Hospital after...

Prince William and Prince Harry's rift not ending till...

Prince Harry and Prince William’s sibling rivalry seems to be nowhere close to an...

'New York is big. But this is Biggar.' That's what the sign reads when you drive...