Jared Leto's Morbius's pseudo-vampire Marvel grabs attention like no other

Jared Leto's Morbius's pseudo-vampire Marvel grapples attention like no other. Photo: YouTubeJared Leto is currently trying his hand at playing a Marvel-based movie for Sony named Morbius. The very first trailer which came out showcases the... 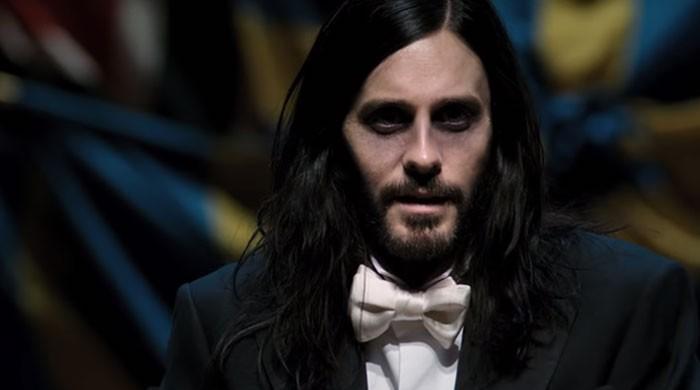 Jared Leto is currently trying his hand at playing a Marvel-based movie for Sony named Morbius. The very first trailer which came out showcases the sublime, former prince of darkness, return to his Gothic roots for this breathtaking role.

Unlike many other Marvel movies which have largely existed underneath the Disney banner, Morbius is one project that is purely a Sony brainchild, similar to Tom Hardy’s Venom.

The trailer begins by introducing the audience to Morbius, the living vampire, otherwise known as Dr. Michael Morbius, who is well known in the medical world, as well as a Nobel Prize winner.

The doctor is showcased to be suffering from a rare and life-threatening blood condition, which he has to race against in order to cure. If he fails to do so the results could prove fatal.

In the process of finding a cure, the doctor ends up turning himself into a 'pseudo-vampire' by accident. His new found powers provide him with bat-like qualities, including the ability of echolocation, as well as an unquenchable thirst for blood.

The movie also features an appearance by Michael Keaton at the end of the trailer, however, it is still unconfirmed whether he is reprising the role of Vulture. Morbius is all set to be released this summer.

Check out the trailer below

Cardi B hints at her desire to become a politician

Meghan Markle and Prince Harry were not the part of the royal family's annual holiday...

'It's exciting to finally be home': Carmichael Outreach...

The organization bought the property a few years ago, but ran into road blocks before...

Dozens of workers took to picket lines Tuesday morning across the province as Canadian...